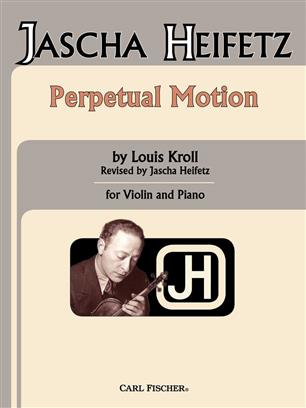 Translated by Mahboube Khalvati
In the tradition of classical music, it is generally tried to use the same technical terms related to music in all countries. Even in the cultures in which native terms exist to refer to musical terms, usually the better known universal terms are employed.
For example, the first book on harmony which was translated by Salar Mo’azzez in Iran was entitled “Tanasob” (meaning relation) and some of its terms such as “harmony” and “keys” were translated into Farsi as “Tanasob” and “Mezrab”. However, through time, Western terms found their place in the terminology of the Iranian music.
Therefore, in the tradition of classical music, similar to scientific matters, imitating from a non-native term is considered as a conventional issue. Classical music terms has been studied and investigated by the scientific society of classical music and rarely suffers from basic shortfalls. However, in the countries with old musical traditions, sometimes some terms enter the mainstream classical music which have their own specific meaning and their addition to the classical music terminologies leads to ambiguities. An example of this situation consists of the terms such as composition and arrangement.
Arrangement:
“Tanzim” (arrangement) is one of the most frequently used terms in the Iranian classical music. The term has been inspired by the word “arrangement”. This term became very popular in the classical Iranian music when polyphonic rules of Western music were introduced in the Iranian music academies. During this period, many of the pieces by demised composers which have been composed in a monophonic manner were made polyphonic by composers who were familiar with polyphonic rules. Under these circumstances, in order to make the name of the melodist immortal, he/she was called Ahangsaz (composer) consisting of two words: ahang meaning melody and saz meaning maker. The person who made the work polyphonic was designated as the arranger.
In the tradition of pop music, the terms composer and arranger are used in the senses explained above; however, this is not the case in the tradition of classical music. In this tradition, the word arranger is used to refer to a person who reimaines a polyphonic piece and adapts a new orchestration (In an essay series entitled “One Theme; Several Arrangements” by the same author many such instances can be found).
Composition
In classical music, the term composer is used to describe a person who uses a composition of different technique including melody, harmony, counterpoint, orchestration and form. However, in monophonic pieces (especially in pieces composed for wind instruments) the title composer has been used.
Therefore, the person who finally works on a melody and employs a variety of composing techniques wins the title of a composer. Even in some instances, the person who harmonises a melody is called the composer. One can refer to Romanian Folk Dances by Béla Bartók and some pieces of the Hungarian Dances by Brahms.
As with regard to the pop music, these titles are used in another manner and the melodist is sometimes called the composer. Consequently, the person who employs expansion and polyphonic techniques is called the arranger. Interestingly, a term has been used in the pop music culture by using the titles “composer and arranger” together!
In the Iranian classical music, the pop music terminology has been used for a long while instead of using the tradition of the classical music (the area to which this music actually belongs), which is really thought-provoking.

A Miracle in the Iranian Music: About Tehran Flute Choir’s Eight-year Tenacity

Tehran Flute Choir is a 40-member orchestra of Iran’s best flutists; Iran’s best flutists? Yes! If you write down the names of the greatest Iranian flute players who participate at concerts and contribute to academic centers in Iran, you will see that most of them are among the choir’s members.