In Persia, Evlin started to teach singing at the Tehran Conservatory of Music and later became one of the stars of Tehran Opera Company. BBC’s Pejman Akbarzadeh has explored Evlin Baghcheban’s work in a special programme.

The late 1960s saw the zenith of Evlin Baghcheban’s career. After forming the Tehran Opera Company at Rudaki Hall, she had lead roles in many operas, including “Il Trovatore”, “Cavalleria rusticana” and “Carmen”, directed by legendary Lotfi Mansouri in 1971. Many documents and recordings held at the venue were damaged during the 1979 Islamic Revolution but, on the 10th anniversary of Evlin’s death, her son, Kaveh, has published some of the recordings and documents from the family private archive. The bilingual book is now available on Amazon.

“It was quite sad that after a long period of activity at the Tehran Opera, no album of my mother’s performances was available to the public,” Kaveh Baghcheban told BBC Persian TV’s 60 Minutes programme. “These are not professional recordings. These are recorded with simple microphones, but thank God! Because they tell us that, once upon a time, there was an opera company in Iran,” said Kaveh.

Funded by Toos Foundation (UK) and published by Persian Dutch Network (NL), the collection includes an audio CD and more than 50 rare documents and photos. Focused on Evlin Baghcheban’s career, but shedding light on the history of music in 20th-century Persia as well. Most of the materials were previously not accessible for the public.

According to Kaveh Baghcheban, as many recordings and documents were destroyed in 1979, researching the history of opera and choral music in Persia has become quite difficult. “We kept all of these materials hoping only to publish them one day. If other surviving artists also publish the documents and audio materials they have, the gap might be filled a bit,” said Kaveh.

Evlin Baghcheban (also transcribed as Evelyn Baghtcheban) was a singing teacher at the Tehran Conservatory of Music for years. Among her most famous pupils, Hossein Sarshar deserves a mention. Baghcheban was also quite active in choral conducting. She founded the Tehran Choral Group in 1967, which was assigned to perform the choral music for the coronation ceremony.

In 1973 Evlin Baghcheban founded a conservatory for orphaned children; a choral group was also formed under her baton in this conservatory. The choir became quite successful and, just months before the Islamic Revolution, was dispatched to Austria to record two albums: Rangin-Kamun (Rainbow), written for children by Samin Baghcheban, as well as an album of Persian folk songs. 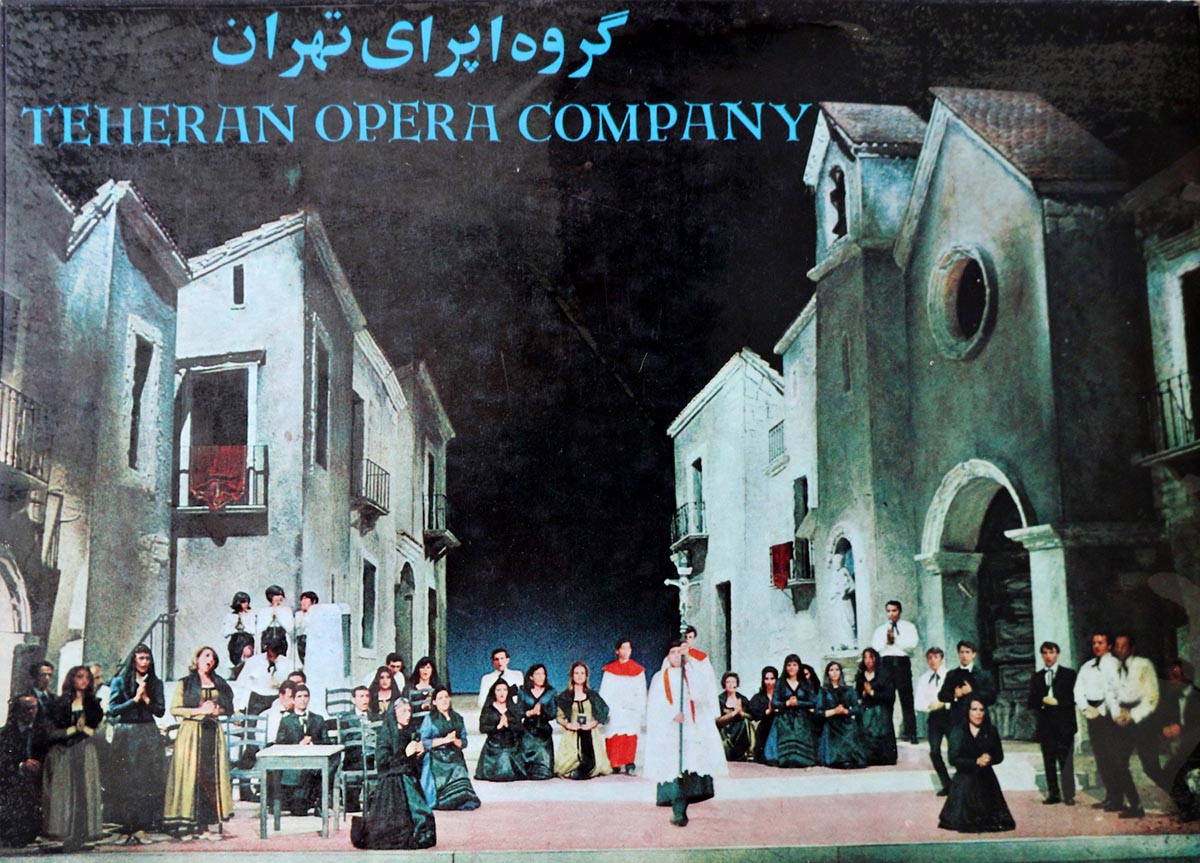