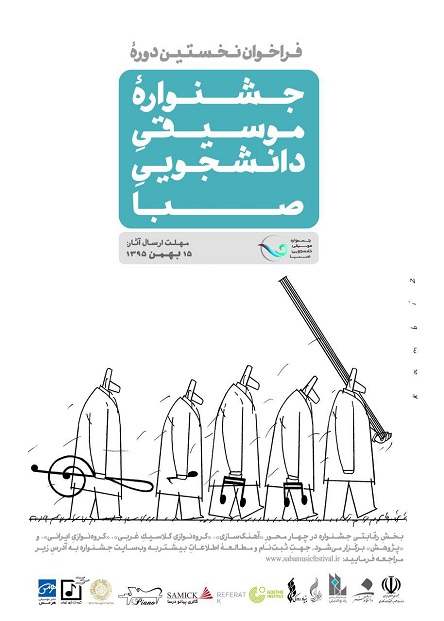 The young Secretary of the Festival expressed hope that being Iran’s only student music festival, the Festival will be the pioneer of effective and sustainable projects engaging university students. Majidi appreciated Mr. Hamid Reza Dibazar, Head of the Faculty of Music, Vice Presidency for Cultural Affairs of Arts University, and the Head of the Composing Department, Mr. Mohammad Reza Tafazzoli with whose encouraging and continued collaboration made the organization of this Festival a success.

The Festival Secretary also announced that, in addition to pecuniary prizes, the prize-winning compositions will be performed by Tehran City Choir and Percussion Ensemble of Tehran.

The Saba Student Music Festival was held in early February 2017 under the supervision of Arts University and with the cooperation of cultural institutes such as Rad Noandish and the Hermes Press.